How to Compliment Babes Without Being a Creep

In the world of dating, compliments can be a great way to flirt, demonstrate your interest, or, if you’re already in a committed relationship, show your appreciation for your partner. In fact, according to science, receiving a compliment lights up the same two neurological reward centers that light up during an orgasm. This is true whether you’re complimenting them through text, or meeting your online date for the first time.

Complimenting a person that you’re romantically interested in isn’t exactly an easy task. Your words shouldn’t come off as hollow, disingenuous, or as an attempt to get in her pants. At the same time, leaving her starved of affection and affirmation isn’t exactly a smooth move, either.

However, there is a caveat — a bad compliment can make you come across as annoying, insensitive, or even downright creepy. How do you craft the perfect compliment for a woman that shows your appreciation without crossing into creep territory? Here are a few tips and tricks to make your compliments hit the target! The best compliments feel tailor-made, so stay away from cookie-cutter compliments.

Generic compliments that could apply to anyone, like “you’ve got a nice smile” or “your hair is pretty”, often come across as superficial. If you want your compliment to be well received, be authentic and speak from the heart — tell her what it is that makes her special. A good compliment demonstrates that you’ve made an effort to get to know her.

Try to think beyond common adjectives like “pretty”, “smart”, or “nice”, and dig deeper into these descriptors.

An online survey on the best way to give compliments revealed that some of the most meaningful ones pinpoint things that casual observers or mere acquaintances might not notice: hobbies, personal style, hard work, attitude, etc.

If you’re complimenting a friend, coworker, or casual acquaintance, a specific compliment can be a great way to nudge the two of you into a closer relationship! This might seem like a no-brainer, but don’t compliment her unless you really mean everything that you’re saying. Insincere compliments can make you seem disingenuous, or worse – like you see the compliment as an obligation.

There’s nothing worse than being complimented by someone who seems like they have an ulterior motive. When you’re halfhearted or dishonest, you run the risk of seeming as though you expect a woman’s affection in return for your flattery, which is an immediate and complete turn-off.

Stick to praise that you actually believe. There’s a reason why sincere compliments are so effective (and disingenuous ones feel so slimy).

According to a 2008 study, the ventral striatum, which is the part of your brain that controls decision-making in social situations, responds to compliments in exactly the same way that it responds to monetary rewards.

In other words, a genuine compliment might as well be worth its weight in gold! This scenario is all too common: a man matches with a woman on a dating app and sends her a message complimenting her looks but receives no response. Baffled, he wonders what he could have said that made her so disinterested.

As it turns out, men highly overestimate how much women like to be complimented on their physical appearance while online dating. When surveyed on their favorite kinds of comments on dating sites, women responded that they preferred those about their personality, sense of humor, and intelligence over those about their body and appearance.

Next time, instead of telling a woman that she’s pretty, take a closer look at her profile. Is her bio witty and well-crafted? Does she seem like she has interesting hobbies? Complimenting these personality-based attributes is a much surer shot to getting that coveted message back.

According to psychologists, exclusively giving compliments about a woman’s physical appearance can “sound generic and insincere”. When you’re complimenting a woman, don’t forget to consider the aspects of her personality that you appreciate. Never give the impression that you are only interested in her looks.

Is she funny? Kind? Thoughtful? Articulate? Nonphysical compliments tell a woman that you like her for who she is, not just what she looks like. Surprisingly, they found that women actually formed negative associations with male partners who valued their bodies but did not demonstrate a positive valuation of their non-physical qualities.

In other words, complimenting a woman’s appearance without also complimenting her personality can actually lead her to dislike you.

Finally, cookie-cutter physical compliments like “you are beautiful” can actually have a negative impact on a woman’s self-esteem. It’s no secret that many women struggle with their body image — constantly bombarded with Photoshopped Instagram models, Victoria’s Secret Angels, and movie stars can do serious damage to a woman’s self-worth.

Although telling a woman that she’s beautiful might seem like a great way to bolster her self-esteem, in practice, it’s actually not that helpful. A 2009 study indicates that affirmations such as “you are attractive” or “you are beautiful” can hurt people with low self- esteem.

These kinds of general affirmations can cause some women to mentally spiral, drawing their attention to all of the things they don’t like about their appearance, instead of having the intended effect.

Unless you know a woman really well, you likely don’t know the state of her body image and self-worth. In that case, it’s safer to steer clear of basic physical compliments. Men are so preoccupied with the idea that they need to be the funny one in the relationship that they stifle their significant other’s attempts at humor. Sometimes, it can lead to an awkward dynamic where the girl feels under-appreciated because it seems like you’re always trying to outshine her.

If you show sincere appreciation for her humor, she’ll warm up to you as a result.

Letting your date, girlfriend, or wife know you find her funny is usually best communicated by simply laughing at her jokes, or responding with the cry-laugh emoji to her funny texts. It can also be reinforced on occasion by letting her know in actual words (“you’re hilarious,” “you crack me up” or “you have such a sharp sense of humor”).

Don’t Be Too Literal According to a 2017 study, women are more likely to respond positively to metaphorical compliments than to literal ones.

For example, poetic, eloquent comments like “Your eyes are gorgeous” sound much more sincere and thoughtful than a basic, literal compliment like “You have sexy eyes.”

Getting creative with your praise can actually make you seem more attractive! Be original – don’t tell her what every other guy has.

Researchers reported that vocabulary use is actually one of the ways that humans select potential mates. Generally speaking, the size of your vocabulary correlates strongly with your intelligence level — the smarter you are, the more words you know in your native language.

Putting all those vocabulary words into practice in your compliments can subtly demonstrate that you’re intelligent, educated, and eloquent! In a 2019 survey, women were asked about the most misguided compliments they’ve ever received.

The responses were shocking. One woman was told she was pretty for a black girl, another was told: “You’re pretty, so you don’t need to know math.” These kinds of “compliments” are not compliments at all and come across as incredibly insulting.

Here’s an easy tip to help you avoid accidentally doling out a backhanded compliment: never add a qualifier to your compliment.

If you’re thinking about striking up a conversation with a beautiful stranger in a public place, be very careful about how and when you approach her. Or if a woman is walking or sitting alone, or is wearing headphones, your approach might seem invasive or startling. If it’s nighttime, your approach might even inadvertently seem threatening. Approach a lady in an appropriate setting, or when she’s already expressed interest in talking to you. To many women, being approached by a strange man in public, even if he’s saying something nice, can be a frightening experience. From a very early age, many women are trained to learn tricks to stay safe while walking alone, especially at night.

Being approached by a stranger while alone is a huge red flag for many women, and the last thing you want to do when trying to compliment someone is accidentally scare them.

The likelihood of your compliment being received well increases exponentially if you’re already friends or acquaintances with the woman in question. Otherwise, you run the risk of seeming creepy, even if that’s not your intention at all.

Catcalls are NOT Compliments

Over the past couple of years, many women’s rights groups have started viral campaigns that demonstrate just how demeaning and uncomfortable catcalling is. Catcalling can make women feel objectified and unsafe.

Women react extremely negatively to the same kinds of comments and solicitations from men. Even if you think you wouldn’t mind being catcalled, odds are that women would beg to differ.

Whistling, shouting, honking, or commenting on the physical appearances of women on the street are all completely inappropriate behavior.

You might think you’re being kind, but to the woman you’re shouting at, your words feel like harassment. There’s a time and place for complimenting a woman. It’s usually okay to do if:

It’s probably not okay to do when:

Sometimes, complimenting women can feel like an absolute minefield. Dodging sensitive subjects, avoiding creepiness, and sounding sincere all at the same time can be tricky. If you feel like your attempts at complimenting women always fall flat, these tips can help you bounce back and start showcasing thoughtful admiration that catches women’s attention.

In the end, it all comes down to being respectful. And of course, please remember that you can compliment her on other things beside her looks — her humor, her knowledge, her creativity, her voice, her bravery, etc. — because there’s so much more to a girl than her physical appearance.

Above all else, remember to speak from the heart. It sounds cheesy, but the best compliments are the ones that are meant sincerely. Learning to express them is the easiest way to turn an acquaintanceship to a friendship, and maybe even to something more! 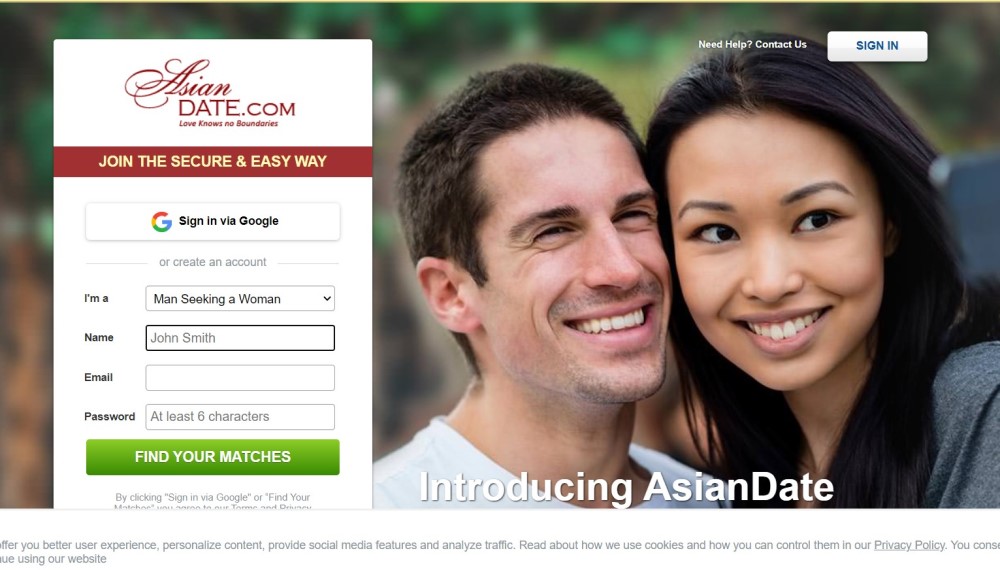 Before You Go on a Date, Here are the 6 Top Asian Dating Sites Reviewed 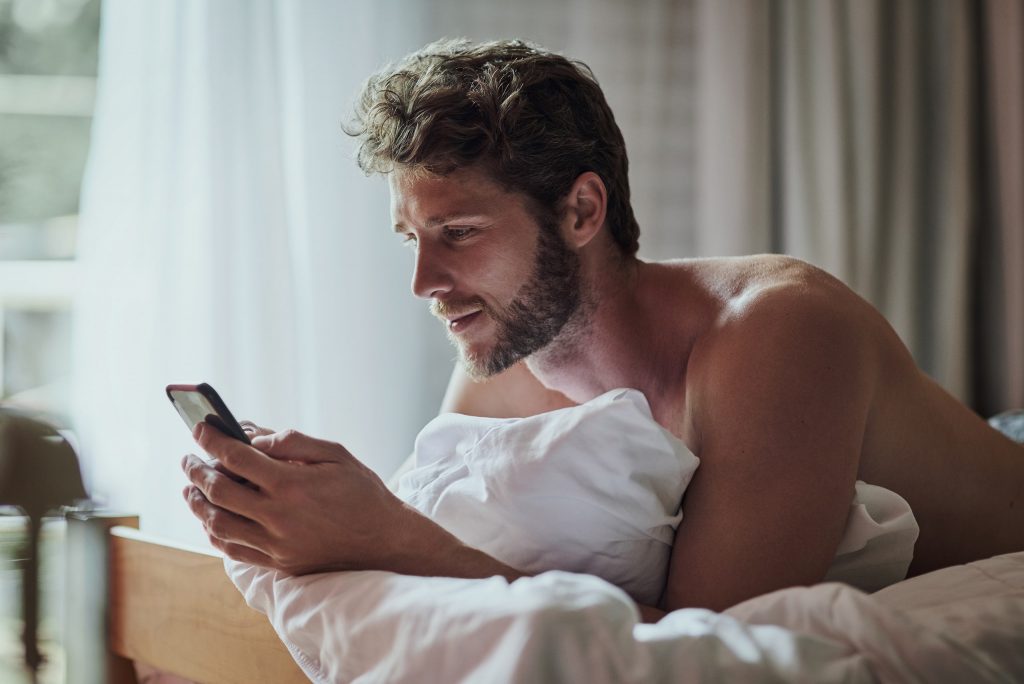 How to Seduce a Woman Via Text Messaging 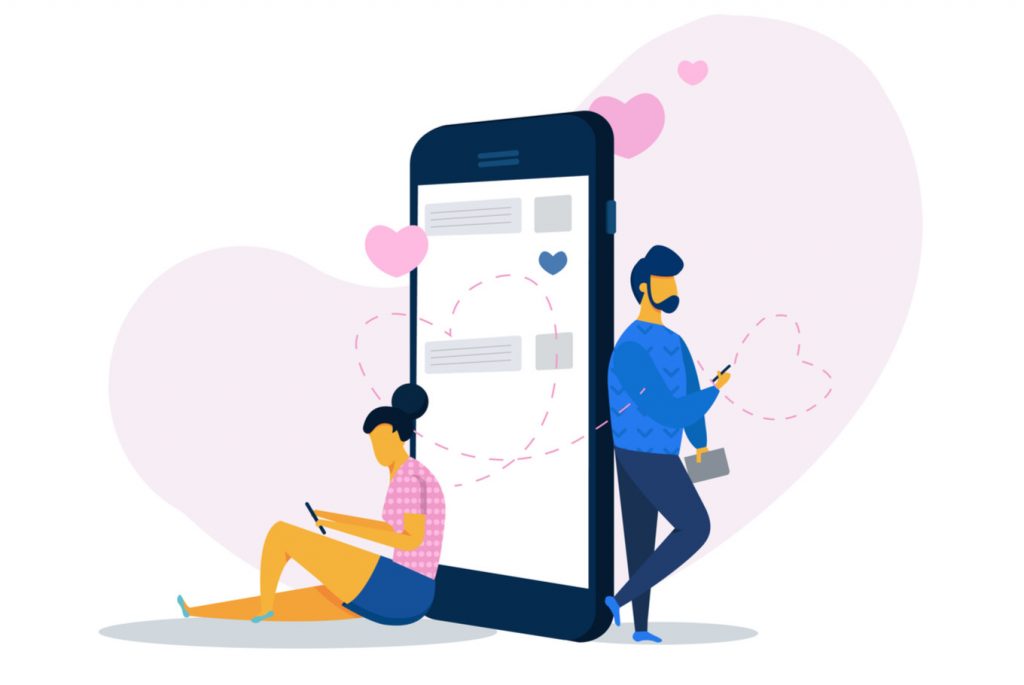 5 Best Online Dating Icebreakers for Your Next Swipe