She Wants to Fuck You, Bro: Sure Signs That Say Fuck Yeah

Much of flirtation is code-breaking. When you’re experiencing a powerful attraction towards someone, it’s easy to end up reading deeply into every little word and gesture they make.

This is difficult no matter what gender you are, but it can be particularly tricky for guys trying to figure out if a woman wants to sleep with them. As men and women are socialized in such different ways, they often interpret the very same actions to mean totally different things.

As a result, knowing if a woman wants to sleep with you or not can feel like a total mystery.

In order to help demystify the situation, we give you a better idea of what’s going on the next time you share a little laugh with a beautiful female.

The difference between the way men and women do things is rarely black and white. However, that doesn’t mean that they’re exactly the same in the ways they express their desire to sleep with someone.

The difference is not just in socialization, but also in the natural hormones that male and female bodies produce.

Men and women display sexual interest differently, most of the time.

Men tend to be goal oriented, and their driving hormones, testosterone and adrenaline make them goal-focused, so they tend to be much more direct. Women’s major sexual hormones, estrogen and oxytocin, cause them to be focused on emotions and how they feel. Their sexual interest tends to be love-driven.

So what do these differences look like in practice?

Men are more direct and more verbal in conveying their sexual interest,. A guy might say, ‘You’re sexy’ or ‘Wanna hang out later?’ Women are less obvious in displaying romantic interest. Also, many women want to see if a man is perceptive enough to read their clues, and confident enough to take action and lead the interaction to where sex might happen.”

Essentially, if you’re a guy who’s attracted to women, you’re likely going to have to put in some effort to figure out if a woman wants to have sex with you. Luckily for you, there are some signs that can help clue you in.

Signs a Woman Wants to Have Sex With You

Inviting You to Spend Alone Time With Her

If you don’t know each other well, and she’s interested in spending one-on-one time with you, that could be an indication that she sees you as more than just a friend.

Why? Women typically prefer to spend time alone with men they feel comfortable around. If she doesn’t know you well enough to feel platonically comfortable, some of that desire to be alone with you might instead be part of a dynamic of sexual attraction.

In particular, if she’s inviting you out for drinks or invites you back to her place (or wants to come over to yours), those could be signalling her intentions.

Alcohol’s capacity to loosen one’s inhibitions means it’s often associated with sexual or romantic situations (this is part of why bars are such common first-date spots), and spending time together in private as opposed to public means it’s easy for things to progress to intimacy.

One of the most common ways to signify interest is to flirt — talking to a person in a way where you’re subtly trying to convey your attraction without necessarily telling them you’re attracted outright.

The only problem with this approach is that flirtation can vary wildly from person to person, so it can be easy to misinterpret polite conversation as flirtation (or vice versa) in some situations.

Of course, that might be a case of her being polite, but compliments about your looks or appearance could be more likely to be sexually charged than, for instance, telling you you did a good job on a class or work project.

As well as compliments, fllirting to signal sexual interest could take many different forms: giving you gifts, asking you about your love life or your sex life or otherwise being playful.

If, for instance, the two of you have a running inside joke together, that could be a case of her being flirtatious with you to signal her attraction.

One classic sign of female attraction is breaking the touch barrier. By and large women are often on their guard around men, so being willing to touch you is a sign that she’s comfortable.

She will get closer to you when she talks. She will give you laser-like eye contact and be extra attentive to what you’re saying, not checking her phone or looking around the room. She might fidget like a young girl. She might bite her lower lip.

However, if it progresses to actual touch, that can be a really clear sign of her interest.

Many women will touch you on the arm as a sign that they’re interested in something more physical. A big giveaway is when she goes from touching your arm to your chest, which is a more personal place for a woman to touch a man. If she’s touching your arm, she might be interested in sex with you, but she might also just be a touchy person. If she touches your chest or torso, she’s almost definitely interested.

Responding Positively to Your Advances

If you’re the one leading the interactions, one sign that she’s interested is if she’s encouraging your advances rather than giving you negative or neutral responses.

If a woman is comfortable and relaxed with you, open to being touched (especially if she feels understood and cared about), she will be responsive to your affection and caresses. If you move forward at a pace that’s not too fast, and she responds, she is open to having sex. If she stops, you should stop.

In that situation, it’s possible that she’s attracted to you but not ready to get sexual just yet — in which case giving her time might be what she needs — or it’s possible that she’s not interested at all and unsure how to express it exactly. Just remember that you shouldn’t press the issue. Pressure will only make her less comfortable than she already is.

Telling You She Wants to Have Sex

Ultimately, none of these signs are fool-proof. Even seeing all of these combined isn’t proof of consent — only an enthusiastic ‘yes’ is.

You shouldn’t assume someone wants to have sex with you unless you’ve asked and they’ve consented. The idea that certain behaviors or choices mean she’s down for sex and should be willing to do it is a fallacy. Even if she’d taking off her clothes and you yours, you still need to check in here and there to be sure she’s comfortable and willing to continue. She should do the same for you.

If she’s interested and you’re interested, congrats! That’s the dream scenario, and it’s likely to be less complicated than other possible situations.

However, just because you’re both attracted to each other and interested in having sex doesn’t mean it’s guaranteed to be 100 percent smooth sailing. You should respond making it clear that you reciprocate her interest.

Show a lot of interest in what she says, compliment her (but not on her body parts) and gently touch her arms or shoulders. Look into her eyes briefly and repeatedly, don’t stare. Wait until she accepts a move before going to the next move.

If you’re interested in taking things to a sexual place with a woman, your job as a man is to, in a gentlemanly way, reciprocate and try to move things forward. If she’s touching you, touch her right back. If she’s making it known when she’s free, ask her out. If she’s biting her lip and the two of you have already been touching, consider going for the kiss.

If you’re not interested in a woman pining after you, that becomes a bit trickier.

While men are rarely cast as the victims in a heterosexual interaction, it is possible for women to make men feel uncomfortable through their sexual advances. If you find yourself in such a situation, you shouldn’t feel embarrassed.

Instead, you should tailor your rejection to the intensity of her advances. If she’s not being over-the-top with you, there’s no need to necessarily clearly communicate your lack of interest — you can also signal it.

Keep your distance, be polite and friendly but don’t show too much personal interest. Look around the room. She’ll get the message.

You don’t necessarily need to tell her you’re not interested in pursuing anything.

If you’re not interested in a woman, simply decide not to escalate matters. Be friendly, but don’t touch her back. Don’t ask her out. If she says something flirtatious, be polite but don’t return with a flirty comment of your own — that would be leading her on.

If she doesn’t get the hint, another approach is to make yourself seem romantically or sexually unavailable by referencing an existing partner.

And if things have progressed further than that, it doesn’t mean you have to engage in something you’re not comfortable with just to make her happy.

“If you’ve already gone home with her and aren’t feeling it, simply say:

If you’d prefer not to get physical in any way, just do your best to let her know in a polite but clear way. 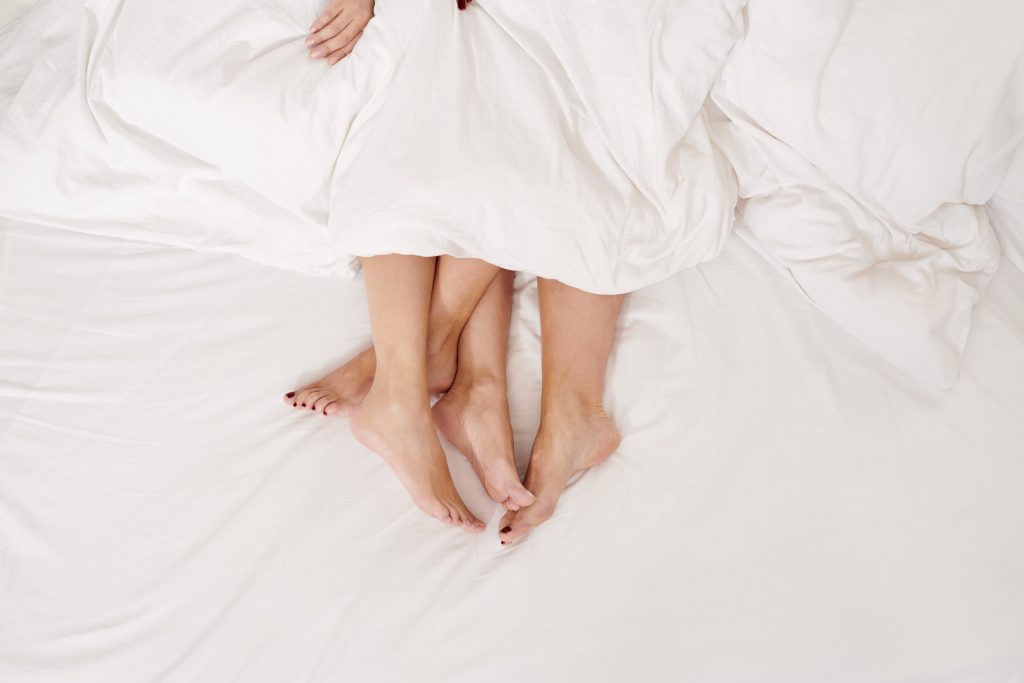 One Night Stands: How to Play the Game Right 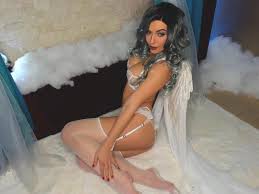 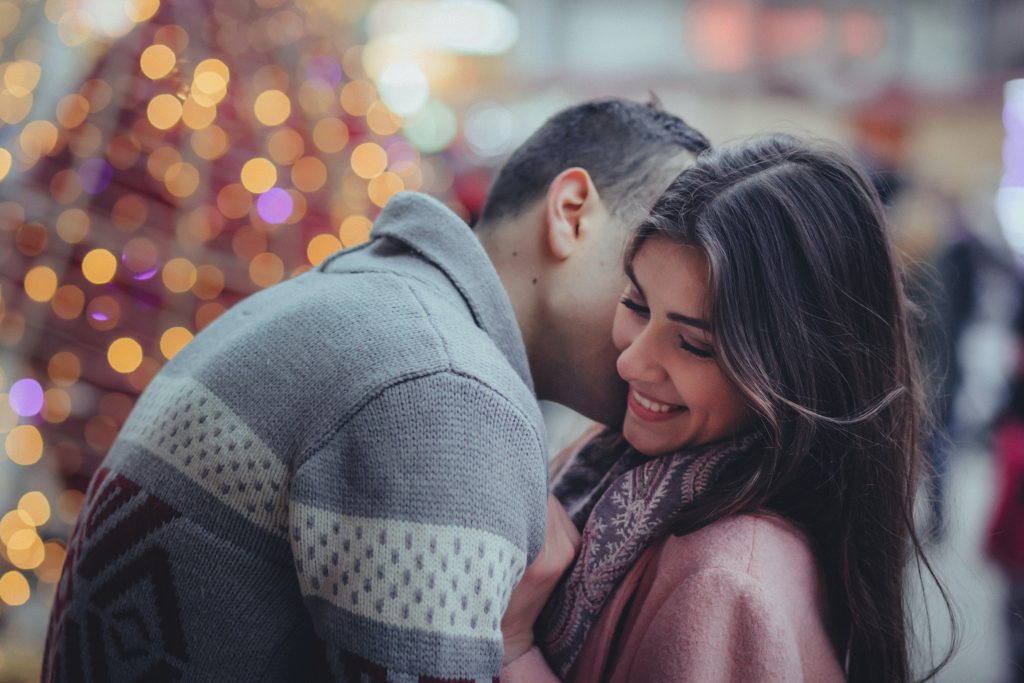 How to Compliment Babes Without Being a Creep