Guess Which Celebrities Are After Love Using Online Dating Apps

Take it from celebrities and other famous personalities. Fame and fortune won’t buy you everything. This includes someone you will love for the rest of your life or your soulmate. If you want it, you need to go after it. Given celebrities’ sensitive situations (they can’t really go out on a date the same way a normal person does), they need to be more strategic as to where they should look for their partner. They have the option to look for a date inside their circle, or they can join the band of other celebrities using online dating apps. It’s up to them to choose.

You must be confused. “Wait! Are they really using online dating apps?” The answer is heck yes! Just because they are celebrities doesn’t mean they’re can’t be tempted to swipe for love! Don’t believe us? In that case, you need to read through this list.

These are the celebrities using online dating apps: Everyone knows Katy Perry. She is one of the most famous musicians in this age, and frankly, stands out because of her playfully cartoonish sense of style. If you’ve ever bopped to “Teenage Dream,” “I Kissed a Girl,” or “California Girls,” then we’re not surprised. Perry already released a lot of hits!

You might ask, “Why is she part of the list of celebrities using online dating apps? She’s already married.” Well, before she found her happiness with husband Orlando and daughter Daisy Dove, she was actually trying other dating options. During a radio interview in 2014, she revealed that she went “really deep” on Tinder. You can’t blame the singer for trying her luck using the famed dating app, right? The Magic Mike actor is every girl’s not-so-hidden desire. With Channing Tatum’s overflowing hotness and ridiculously good looks, it’s no wonder everybody wants a piece of him. He was originally married to his co-star from 2006’s Step Up film, Jenna Dewan. The couple seemed too perfect and adorable – going from reel to real. But as we all know, navigating relationships can be pretty hard. Plus, celebrities aren’t excused from that harsh reality. The two separated after eight years of marriage.

They both found love after that, with Channing dating Jessie J. However, when the relationship turned sour, the actor revealed that he used Raya, which is a dating app for celebrities and high-profile singles.

The said dating app doesn’t really allow screenshots for privacy reasons, but there was one report that said Channing’s profile contained quite a quirky bio. It said “Yes, I used to be a stripper. Sorry.” Yes, this energetic gal who continues to inspire women to follow and embrace a self-care movement is actually one of the known celebrities using online dating apps. Lizzo is famous for her hits such as “Good as Hell,” “Truth Hurts,” and “Juice.”

According to her, she used Raya and “tried to match” with John Mayer. However, she found the celeb-based app a bit boring because it was too restrictive. She then tried “lower-echelon” dating apps, joining her dancer who wanted a hoe phase. When Lizzo hopped on it, she revealed that she had fun for a week.

Well, we’re pretty sure she had some ready lines to flirt and impress! Even Kardashians want to have fun, you know!

In 2016, Khloe decided to learn firsthand the enjoyment of online dating. She uploaded her OkCupid profile on her website – probably exciting many guys who prayed to the heavens to get matched with her. The famous Kardashian sister said that she created a profile at the request of her close friend Malika. In her own words, “I’ve never done online dating before, but just for s*ts and giggles, Malika and I decided to fill one out.”

She listed exercise and spending time with her family as her interests. Khloe was there for fun, so we don’t actually know if she met someone special through the site. Who knows? The youngest-ever host of the television show Saturday Night Live (she was seven at that time) is one of the celebrities using online dating apps. She used to be one, that is.

Even if you don’t need any introduction of Drew Barrymore, we’ll still give you a quick profile. Barrymore starred in many Hollywood films such as “50 First Dates,” and “She’s Just Not Into You.” Before that, she was one of the sexy angels in the action film, “Charlie’s Angels.”

Who knew she’d also be interested to find a partner online? According to the famous actress, she’s always been hesitant to dive into the online dating world. However, binge-watching Bridgerton changed her mind. Perhaps, she was too inspired by the chemistry of Daphne and Simon! Keke Palmer is best known for her role in the 2006 film, Akeelah and the Bee. But over the years, she’s also been active with different hosting gigs, as well as music activities. Talking to Harper Bazaar, the performer admitted that she wasn’t really opposed to online dating apps. However, she’s not keen on dating other celebrities because she had a bad experience with a Raya date in the past.

She then said that she wants to keep her private life outside of her work life and date someone who’s on a different career path. Let’s see if Keke will give online dating another chance! This High Scool Musical alum was every girl’s obsession during their teenage years. After all, he was (and still is) a complete package. He got the looks, the voice, the moves, and even the heart-melting smile. Zac Efron also played a lot of roles in various films, such as “Baywatch,” “Hairspray,” “Neighbors,” and “The Greatest Showman.”

Before he became one of the celebrities using online dating apps, he was dating co-star Vanessa Hudgens, who he met at the ‘High School Musical’ set. After a five-year relationship, the two broke up and moved on from each other. Efron dated other girls after that and decided to try online dating.

However, looking for a match online especially if you’re a celebrity is pretty tricky. When he joined Tinder in 2016, nobody even swiped him because women thought his profile was fake. If you’re active in the platform during that time and saw Zac, we’re pretty sure you’re already kicking yourself. There goes your once-in-a-lifetime chance!

Who knows when the actor will be back again? We promise we’ll swipe right this time! You might remember her as Fat Amy from the American musical comedy film Pitch Perfect. After all, that was when she was recognized for such a breakthrough performance. The actress also starred in many different films such as “The Hustle,” “Bridesmaids,” “Bachelorette,” and more!

In reality, she’s also a simple and beautiful figure (one of the celebrities using online dating apps), who wants to find love. According to the actress, there was a time when she tried the celeb-based dating app, Raya, to find her match. While she’s been on it for years, she was only active for about a week or two. She even said that a lot of her girlfriends in the industry are using it.

If you’re closely following Rebel Wilson, then you already know that she’s with Jacob Busch. However, they recently split four months after making their relationship Instagram-official. Here’s someone a lot of girls would love to meet in an online dating app – Noah Centineo! Before he rose to fame with different Netflix romantic comedy films, Noah was actually already known for his roles in the TV series “The Fosters,” and the Disney Channel film “How to Build a Better Boy.”

Speaking to Entertainment Tonight, the lad admitted to using different online dating apps when he was younger. For a time, he also used Raya. But now, he’s probably got a lot more on his place since he’s not using the accounts anymore. Noah also explained that he’d rather meet like-minded people who are actively doing the things he likes. Before anything else, here’s a question: Are you surprised? Because frankly, we are too. Who knew Martha Stewart would turn out to be one of the celebrities using online dating apps?

Well, if you are looking for a crafty woman who knows her way around the house and will encourage you to live a Pinterest-worthy life, why don’t you try Match? While you won’t exactly find Martha there (she was a member back in 2013), there’s a good chance you’ll get matched with someone just like her.

The famous television personality was always optimistic about technology. According to her, if used well [technology], it can really enhance one’s life. She turned to the online dating site to enhance her dating life. What a bold move! Famous for her role as Kate Pearson in the TV series This Is Us, Chrissy Metz also happens to be one of the blessed individuals to find love online. The American actress and singer opened up about joining the famous online dating platform, Bumble. That was where she met her boyfriend Bradley Collins. While she initially thought that the aspiring writer was no match for her, they soon found out that they had more in common than they realized. They instantly connected and “clicked.”

Just October last year, she even shared a sweet post greeting Bradley during National Boyfriends Day. She captioned, “…from the first moment I laid eyes on you, I wanted and needed to know you.” She definitely thinks that they are meant to be.

Thanks to her boredom, she was able to try Bumble and meet the love of her life! Chrissy even said that she likes the idea of the woman making the first move. At some point in a teenage girl’s life, she’s probably been obsessed with Chace Crawford – the hot and absolutely charming elite named Nate from the hit series, “Gossip Girl.” Are you ready to freak out?

What if we tell you that he actually created a bunch of accounts in the past? If only we got an earlier heads up that he was trying to find love in online dating sites, then we would’ve signed up as well!

Don’t you just wish he’ll try to do some swiping anytime soon?

Before you go, check out these other helpful dating articles: How Couples in LDR Relationships Can Still Have a Sexy Experience This Pandemic and 12 Signs That Mean You Are Finally Ready to Enter a New Relationship Again. 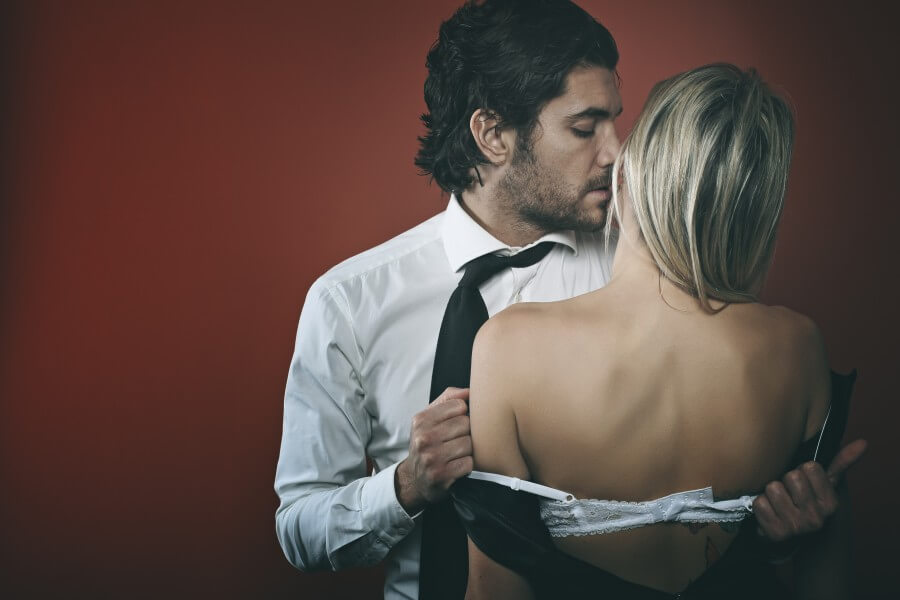 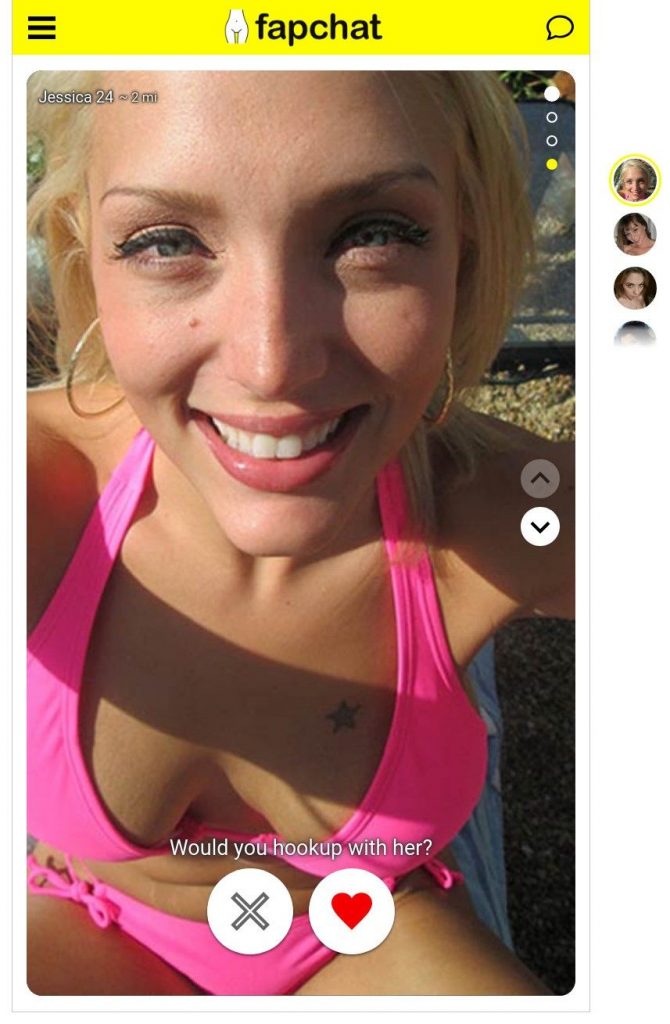 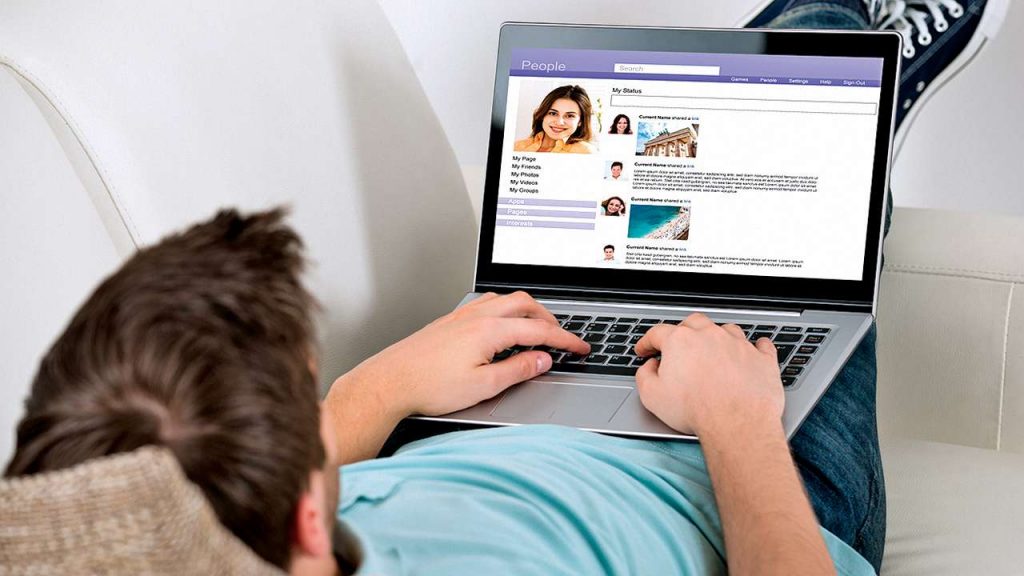 Best 6 Tips for Meeting Your Online Date in Person